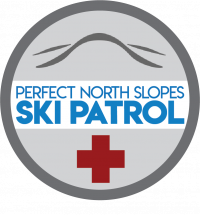 Where I grew up, in Ft. Mitchell, KY, they had an “orphanage,” on Orphanage Road. I later came to learn this building, I always called an orphanage was filled, not necessarily with “orphans,” but with children, whose parents had abused, or neglected them terribly. I also learned the proper name was the Diocesan Catholic Children’s Home. It’s one of the only long-term residential facilities that can handle children like it in Kentucky. Although it is a Catholic faith-based effort, of course it is open to children who are not Catholic.

The DCCH was founded with donations totaling $62.56. You can make any little bit you do, help in a big way!

I was once told the children there do not have many of the same positive associations with childhood that I take for granted. But, I found a way to work on that. I also learned that while at one time, they had brought children to Perfect North Slopes, they had since stopped, due to budget cuts. By pooling our resources – time, spare change, and points toward passes, your patrol changed all that.

Terri Alig was a remarkable woman. She served the patrol for years before taking alumni status. Terri was an auxiliary patroller. Terri did not come to Perfect North Slopes for the “free skiing.” She came to serve. And serve she did. Aside from treating patients in the aid room, Terri really helped keep it together for all. She laundered the bedclothes before the patrol went to disposables. It was Terri, herself, who began bringing ring pops for kids’ comfort. And she provided food for every patrol activity.

Terri saw merit in the idea of treating underprivileged children to a night of tubing fun and excitement. In fact, she took the concept to the mountain. Over and over again. Terri twisted arms for financial pledges to cover the expense. On the chance that the donations would not cover all the expenses, Terri underwrote the project financially. She covered any shortfall. Terri arranged the accommodations at the tubing hill. Terri saw to it that the kids had soft drinks, pizza, dessert, hot cocoa, not to mention plates, cups, napkins, ice, and tablecloths.

Terri thought of everything. Last year, after the children and pizza arrived at the same instant, she fed every kid, every chaperone and every patroller in sight; Terri’s cerebral blood vessel burst as she sat across the table from me. Terri died. But before she did, she instructed us all about how to carry on without her. Before her ambulance arrived, she made it clear when and how the kids would get hot cocoa. I’ve never seen anything like it. Terri was one of a kind. And Terri gave this particular event her all.

Terri’s toddler-aged granddaughter was there that night. And through the life-saving practices of her patrol, Terri’s life went on. It went on long enough for Terri’s out-of-town children to make their ways here and say their final “goodbye.” It was a proud, but heart-breaking day for the patrol. Terri is now forever at rest with a National Ski Patrol sticker on her coffin.

But, her memory will live on. We will now call it the Terri Alig Memorial Tubing Party. Those who remember Terri will see her hand in it, when they come. Those who do not recall Terri should come to know what the fruits of the service, like you give, can do. It’s powerful. And you will have a ball.

Imagine, if DCCH sent 35 kids, and seven staff-members to come with them. Then imagine if we met that number, with patrollers in parka, to tube with them. Now imagine the patrollers, with their kids, and their valentines! We expect this to be the best-attended tubing party to date. We will shatter past attendance records. Just commit to go tubing from 4:30 to 8:30 or so. It’s a school-night, they may not even last that late. And it will be a heart-melting BLAST!

I need your help. With the crowd we expect, it will cost some dollars. We are not really “twisting arms” for dollars, but wait, there’s more. Would you accept free pizza? Would you donate five or ten guest pass points for this cause? Would you come out, and “fly the colors” when these children come to PNS for the evening? Do you have plans in place for Wednesday, February 14? If your valentine does not appreciate this experience, it’s not the right person for you, come find a better fit.

Brian Smith took such good care of Terri last year. He is in charge of the Terri Alig Memorial Tubing Party this year. If you have any question, he will make up an answer for you on the spot. His contact information is: NSPBrian@gmail.com and 513-300-6295. While Brian can accept donations of dollars and points, he needs help. Denise, and Stephanie can help with donations of points, and dollars, too. Contact them at DKeller@PerfectNorth.com 513-381-7517, and SNutley@PerfectNorth.com 513-3817517 ext. 1227.

Finally, in all the turmoil surrounding last year’s event, we overlooked the detail of thanking all those, whose support made it possible. Please excuse this oversight. And thank you for your eternal service and support.